I have a very busy mind and as a result, I’m always thinking about the next photography project. My brain keeps getting new and exciting ideas and I end up storing some of the old ones in the back of my mind.

As a consequence of this never-ending process, I start a lot of different projects all the time. Some of them end up printed, some go on my website and some others never really take off. And then there are some projects that start out promisingly but end up being relegated to second plan, on behalf of others. I usually add a small note at the end: “Ongoing project”; “Unfinished”.

But what exactly is a finished project? Is there such a thing?

I believe this is a difficult question and there probably isn’t a right or wrong answer. But me, well…

I never really feel that a project is completely finished.

Personal work has that kind of effect on me. After all, I’m working on a theme that means something to me on a very personal level. There is always something more to add, something more to say. Of course, some projects get to a point where I feel the need to declare them as finished — otherwise they would become an endless collection of images, destroying the purpose of the project, which was to convey a message. If the message is too big or too dense, it stops making sense.

And then there’s the opposite — those “ongoing projects” that I feel are far from finished and intend to get back to at some point…but I never really do. Because I’m involved in other personal projects. Or because I’m too busy with commercial work. Or because that particular project requires travelling to specific locations and I can’t do it at the time. It doesn’t matter — I always seem to find an excuse.
These are the ones I struggle with the most, because I feel like I’m not doing what I’m supposed to do. It’s almost as if, in some way, I already abandoned the project but somehow refuse to admit it. 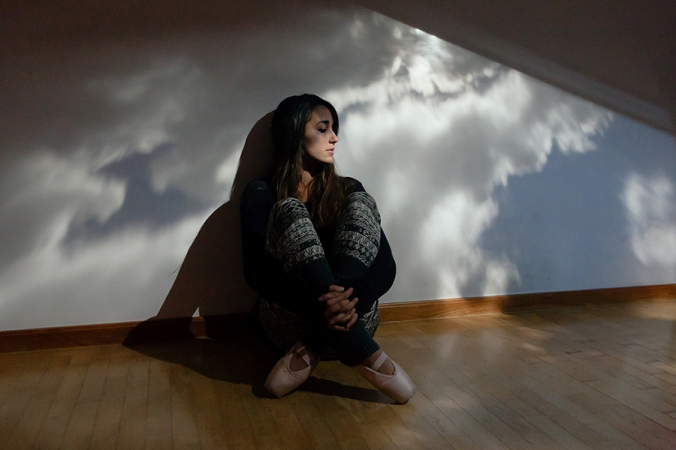 One of these projects is my Camera Obscura: I started it 3 years ago as a school project. Produced two very simple images as a starting point and then, one year later, made a third image. Right now, I feel the project is unfinished and have lots of ideas on how to continue. But for some reason, I never do. I just keep it there in the back of my mind. As some sort of backup plan. Maybe I’ll never make another image, maybe I’ll make fifty more. But I’m pretty sure it will never be finished.

One thought on “Are photography projects ever finished?”